I've decided that I'll try to keep up to date with journals through Google Reader once a day. It is also a good way of distracting myself from my current pre-occupations.

I hope everybody is getting themselves ready for Christmas with the usual mixture of joy and trepidation.

I was sorry to note that Donna (of Dsdesigns) is having one health problem on top of another, as if a heart attack isn't already enough to cope with.

Another blogger with heart problems, Morton (Caring n sharing) is due to have further tests next week, to determine which procedures he requires in the wake of his heart attack. According to a relayed message from Jeannette, he is in great spirits although p'd off at the fact that his mobile phone battery has now gone flat.

Finally, I have put the entries that I managed to salvage from Sylvia's blog in a separate journal.
Posted by ADB at 23:02 7 comments: Links to this post

Man sits in pub and talks to his mates.

I'm a hypochondriac.
Don't believe me?
Talk to my gynaecologist!
Posted by ADB at 22:54 2 comments: Links to this post

Not at the helm

6 November 2008
A fishing boat went down off Bayble, some 5 miles east of Stornoway. Fortunately, all crew were saved uninjured. An inquiry has revealed that the skipper had left the wheelhouse of the Faithful Friend II a few minutes beforehand to make a cup of coffee, leaving the boat to proceed on auto-pilot. She struck a rock, which was well charted, and sank fairly quickly. A quick Mayday call, nearby vessels and a rapid response from the Coastguard prevented loss of life. The owner of the Faithful Friend II has been forcefully reminded of the necessity of watch-keeping on his boats at all times.

1 June 2006
Fishing boat Brothers leaves the harbour of Gairloch in Wester Ross (southeast of Stornoway) and proceeds to head west across the Minch. It never returned to port, and sound nor sight was seen of it again. A massive search was launched in the Minch, but the wreck of the Brothers was finally located beneath 40 feet / 12 metres of water off an island just north of Skye. The bodies of the two men on board were not in the wreck. One of them turned up in Gruinard Bay, 35 miles to the northeast 3 weeks later. The other was never found. It is thought they left port after a few drinks the evening before and dropped off to sleep. When the boat ran aground, it must have sunk quickly, leaving them no chance to save themselves.

19 December 2004
Fishing boat Audacious leaves Stornoway harbour in the early hours of the morning. The crew leave the boat on auto-pilot, which appears to malfunction. The boat runs aground just south of the lighthouse at Arnish. The skipper drowned, but two other crew were rescued.
A memorial to the skipper was later erected near the lighthouse. Posted by ADB at 22:19 No comments: Links to this post

Bright day, but with a steady procession of showers. We had a mild overnight frost, -1C. Mercury currently at 6C, which sparks off the showers. Tomorrow should be a little milder still. 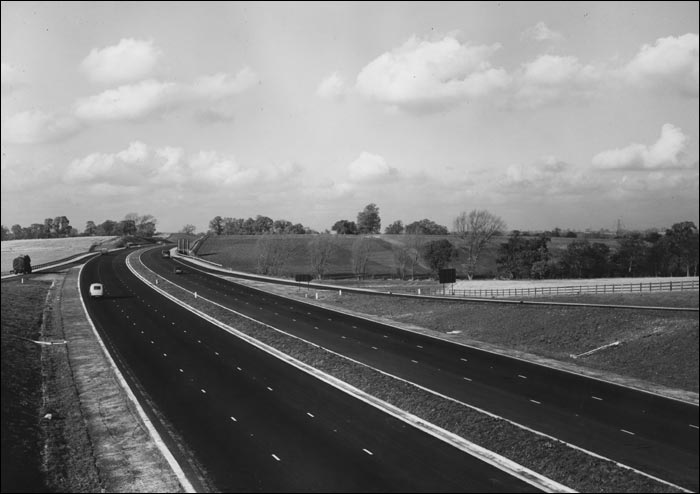 Yesterday saw the 50th anniversary of the introduction of motorways in England, with the opening of the Preston by-pass in what is currently the M6 motorway. That road is now part of an all-motorway link between London and Glasgow, using the M1, M6 and M74. Don't have fond memories of the northern section, after travelling down it in 1981 in atrocious weather conditions and encountering smash after smash between Lockerbie and Carlisle. The trans-Pennine A66 (Penrith to Scotch Corner) is also blackmarked in my book, when (on the same journey) that road was littered with accidents as well. I never seen so many smashed caravans as on that 500 mile journey from Glasgow to London, 27 years ago.