Supertyphoon Megi (also known as Juan) is headed for the Philippines with sustained windspeeds of 155 knots (175 mph or 280 km/h), gusting to 190 knots (215 mph or 345 km/h). This storm will impact the north of Luzon Island in the Philippines within 12 to 24 hours. Apart from the high winds, there will also be extremely heavy rains, which usually cause the worst in damage and casualties in the Philippines. After passing over Luzon, the storm will have weakened somewhat, but will restrengthen in the South China Sea, before veering northwest and making probable landfall in southern China, near Hong Kong by the end of the coming week.

Earlier today, this satellite image was obtained of the storm, nearing its current peak intensity. 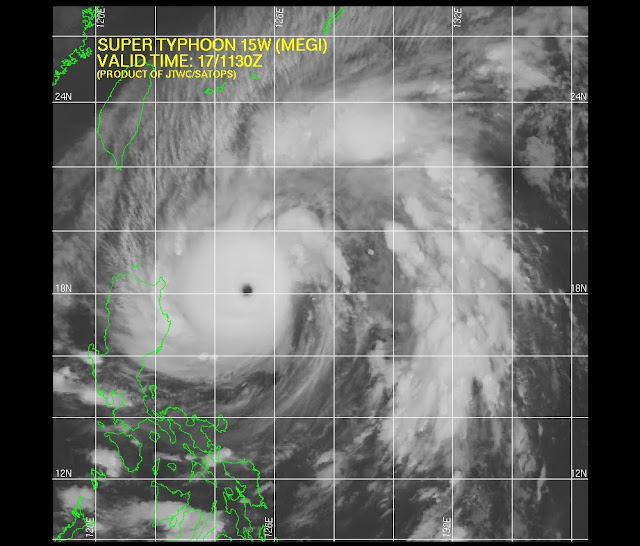