I have not been making regular postings on this blog in recent weeks, and I am not foreseeing that happening again any time soon. Over the past week or so, I have been down with a nasty cold, which is only just beginning to shift. Today has been singularly cold, something I don't really mind. The day opened with snow and a very hard frost for late April, -4C. I have completed the upload of war grave pictures on findagrave.com, 813 memorials and 1,836 photographs. The pics aren't just of gravestones, they also include portrait photographs. This is supplementary to the information on the Scottish War Graves forum.

My blogging has shifted to Facebook, which does not lend itself to lengthier postings. In a way, a shame. But times change. In the past, this early morning photograph might have featured the MV Isle of Lewis. That is now the MV Loch Seaforth. 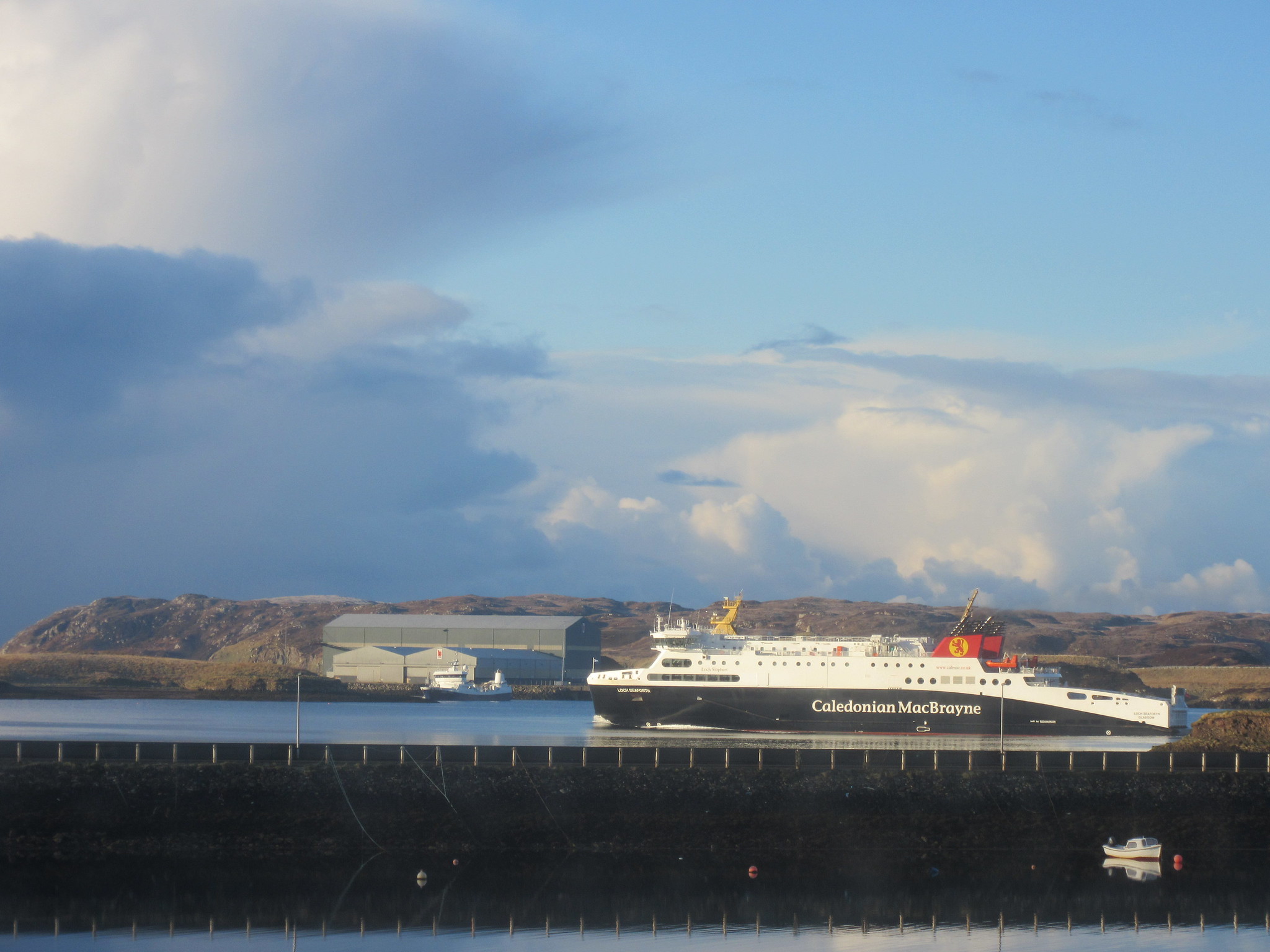 Ten years ago this month, I had some fun on the Arnish Lighthouse blog with the dating extravaganza at the Dell Fank. This (doctored) picture was to have been the conveyance for amourous couples to the Fank on 1st April 2006. Ahem.