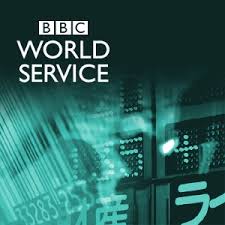 I am extremely angry tonight at the announcement that more than 600 staff at the BBC World Service are to be made redundant (that's a quarter of its workforce), and five of its language services shut down. This follows a 16% cut in its budget, as supplied by the UK Foreign and Commonwealth Office. I have gone so far as to describe this as state-sponsored vandalism, which takes no account of the invaluable work that the BBC WS does around the world.

I have been a supporter of the BBC WS since the early 1980s, and although I do not listen to the station at the moment, that does not diminish my appreciation of its work. In many areas of the world, its output is often the only source of reliable information, particularly before the advent of the Internet. But as anyone with a modicum of common sense will realise, you have to be careful which sources to use on the Net.
I fully support any (lawful) action taken to reverse these cuts, and do hope that a reversal will take place.
Posted by ADB at 19:49 2 comments: Links to this post

It's Burns Night in Scotland, and it's haggis and whisky galore. Tortured renditions of Burns prose and poetry will be the order of the night, made even more tortured by the water of life. Haggis is an offal-based meat dish, and various bits and pieces of a sheep's innards are turned into basically mutton mince, packed into a sheep's stomach. This is served with neeps (turnips). I've tasted it once, and it's not far off mincemeat; but knowing how it's made it is not something I'd care to repeat in a hurry. Our local supermarket has shelves, laden with haggis. Leaving my slight sarcasm to one side, I would like to state that Robert Burns did not just write in Scots, he also wrote in perfect English. This is in Scots, with verses 1, 3 and 5 read by Scotland's First Minister, Alex Salmond:

Is there for honest Poverty
That hings his head, an' a' that;
The coward slave-we pass him by,
We dare be poor for a' that!
For a' that, an' a' that.
Our toils obscure an' a' that,
The rank is but the guinea's stamp,
The Man's the gowd for a' that.

What though on hamely fare we dine,
Wear hoddin grey, an' a that;
Gie fools their silks, and knaves their wine;
A Man's a Man for a' that:
For a' that, and a' that,
Their tinsel show, an' a' that;
The honest man, tho' e'er sae poor,
Is king o' men for a' that.

A prince can mak a belted knight,
A marquis, duke, an' a' that;
But an honest man's abon his might,
Gude faith, he maunna fa' that!
For a' that, an' a' that,
Their dignities an' a' that;
The pith o' sense, an' pride o' worth,
Are higher rank than a' that.

Over in Shetland, it is Up Helly Aa tonight. The streetlights will be turned off at around 7.30pm, after which a torchlit procession will carry the boat through the town. It will then be put in place and all the torches tossed into the boat, which will duly burn to a cinder. Celebrations will last until and beyond first light (around 8.30 am). I dread to think what the combination of Burns and Vikings will do to the Shetlanders; but when asked what Burns meant to Hebrideans, the answer was a simple 'not much'.
Posted by ADB at 12:46 1 comment: Links to this post