Brilliantly sunny day with some distant clouds to the south and a breeze. Temperature is once more 20C, which is more than respectable for the time of year, and for this location. Did a drawing (see previous post) outside, and helped to pot pansies. Last month's gale burned the tenderer plants outside, but this lot should make it a bit more cheerful.

I can understand why Islam is looked at askance in certain quarters of the USA. However, I can only describe as lunacy the highly publicised event at a church in Florida where copies of the Koran are to be burned on Saturday, the 9th anniversary of 9/11. I wonder how the same people would feel about an event, hosted by native Americans, where copies of the Bible were burned. I am saying that because it was a warped interpretation of the Christian holy scripts which was used to justify the genocide of said ethnic group on the American continent. 9/11 is nine years ago, and I was under the impression that a healing process was in motion. However, the hubbub surrounding the Cordoba Centre in New York (that's that mosque near Ground Zero) has showed that nothing of the sort has taken place, which worries me.

I spent yesterday morning compiling a new tribute for my 9/11 commemoration on Saturday, one of two that will me my sole postings for Saturday, both scheduled for posting at 8.46 EDT (1.46pm BST). I reread the events that befell flight AA 11, which flew into the North Tower of the WTC in New York, as my victim was a flight attendant on that plane. The horror of that day came back to me in full - and I was not even directly or indirectly affected on a personal level. I still see the face of my colleague who rushed out from his lunchbreak at 1.46 pm to tell us a plane had flown into the Twin Towers in New York.
I do not blame Islam as a religion for these atrocities. I blame the warped interpretation of Islam's holy scripts for that, which was used alongside frustration and dissatisfaction which is rife in the Middle East - as is an all-consuming hatred for the Americans. Idiotic pranks like the sort to be carried out by the Dove World Outreach Center serve no purpose other than to inflame an already present hatred of the Americans - and I leave it to others more qualified than I to point out the other dangers that will result from this action.
Posted by ADB at 16:39 2 comments: 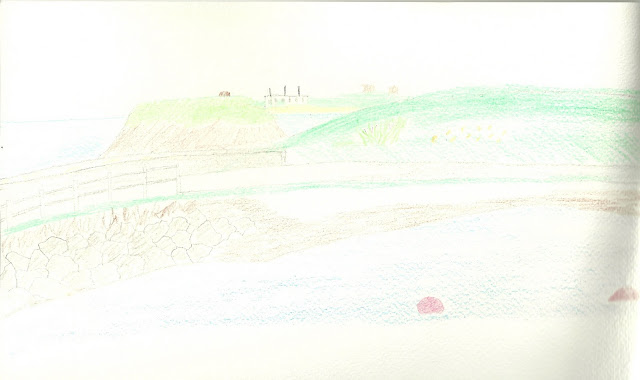