I have mentioned that fuel prices here in Lewis are at a ridiculous level. This has prompted at least one person of my acquaintance to relocate closer to their place of work, with the object of ditching the car. An average car would take about £60-£70 to fill up with fuel at the £1.49 / litre rates for diesel at the moment. The relocation is apparently a common occurrence at the moment. One thing that annoys me is the variation of fuel prices across the Highlands and Islands. A tanker leaves the refinery at Grangemouth, east of Edinburgh, and supplies fuel oil to the north of Scotland, places like Aberdeen, Inverness, Scrabster (on the north coast) and Stornoway. Why is it though that petrol costs less in Inverness than in Stornoway? There is no justification for this at all.

There is one positive slant - fewer cars around, and possibly people taking to their bikes or shanks' pony. Good for health, unless the pavements and roads are icy. 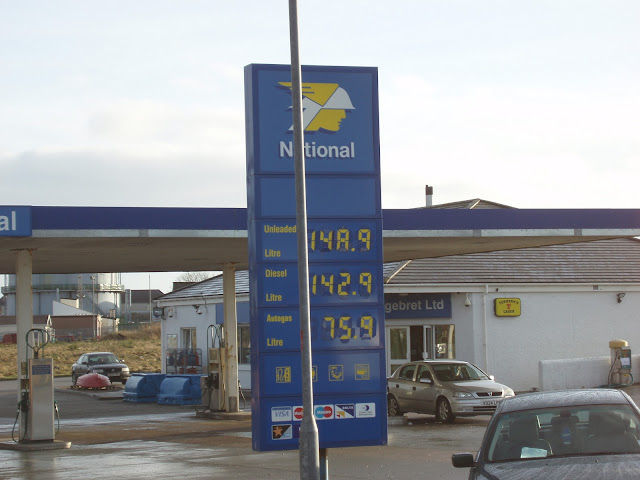