November has kicked off true to form with a (severe) gale as of lunchtime today. The forecast suggests the wind will not die down until at least Wednesday. Looking at the live weather reports from Eoropie (about a mile from the Butt of Lewis), the wind is blowing at 60 mph, with gusts to 73 mph, nearly hurricane force. The ferry is off; the 5.30 sailing from Ullapool is under review, but likely to be cancelled. The crossing between Leverburgh (Harris) and Berneray (for North Uist) has been taken off as well due to the conditions.

An autistic pupil at the Nicolson Institute here in Stornoway has had a dedicated play area constructed for him. It looked like this (image courtesy BBC) 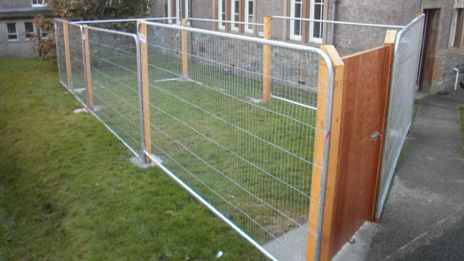 After protests from his parents and charities involved with the care of people suffering from autism, the 'cage' has now been removed. Bit disappointed at the ignorant attitudes in certain quarters.