The A866 road from the airport to Stornoway Cattle at Melbost
Posted by ADB at 15:10 No comments: Links to this post

The start of the meteorological spring, although the astronomical spring is still three weeks away. Nonetheless, the daffodils, crococuses and snowdrops are already well in bloom. The weather was bright but with a good amount of high-level cloud about, making it a very glary day. I spent Tuesday monitoring developments in Libya, which continue to be as confusing as ever over the past fortnight. This evening, a meeting about the proposed changes in the Coastguard service turned into a lively affair, according to a report on local news website Hebrides News.

This afternoon, one of my Irish contacts held a short private ceremony to remember one of the Lewis casualties from the First World War who lies buried near Dublin. John Macaulay was torpedoed in his ship SS Kenmare on 2 March 1918. His body washed up north of Dublin and was buried with full military honours at Balrothery. Today, a commemorative poster was put on the railings around John's grave, a  poem was read as well as a tribute. Photograph and account of ceremony courtesy David J. Grundy of Skerries, Dublin. 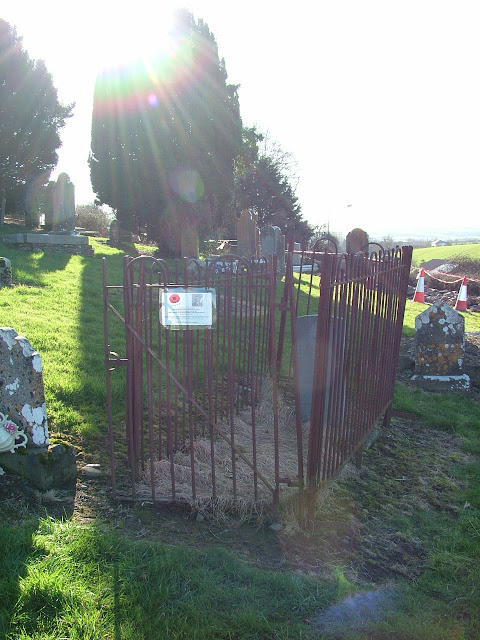