A very wet and windy day, with a gale blowing through most of the afternoon. After the barometer dropped down to 968 mbar, the wind dropped away and as I type this (9.45pm), it seems to be fairly calm out there. Tomorrow, we are in for a repeat performance, but winds are expected to reach stormforce (force 10), with gusts topping 80 mph. Today saw quite a bit of disruption on our ferries; tomorrow will see a heck of a lot more. The peak of the wind will come around midnight, but winds will rise through the day.

This evening, Queen Beatrix of The Netherlands announced that she will be abdicating the throne on 30 April this year, three months after her 75th birthday, which will occur next Thursday. Beatrix will make way for her eldest son, Willem-Alexander, who will be 46 in late April. Beatrix is a highly respected figure in Dutch society. The annual Queens Day festivities have been cancelled; in 2014, King's Day will be held on April 27th, the birthday of the new king. It is for the first time in 123 years that a male will be the monarch in Holland. Willem-Alexander is a down-to-earth figure, who is expected to ascend to the throne with only a minimum of the required pomp and circumstance. He is married to an Argentinian woman, Maxima, and has three young children. His brother, Friso, has been in a coma since early 2012 following a skiing accident in Austria, when he was buried in an avalanche.
Posted by ADB at 21:52 No comments: Links to this post

HS2 is the codename for the proposed High Speed rail link between London and the north of England. It is also the postal code for rural parts of the Isle of Lewis. When I read this tweet by Number 10 Downing Street, I could not resist the temptation for a bit of monkey business.

Fancy that. The rural villages of the Isle of Lewis the powerhouse of the British economy? The contribution, rendered by the good folk of the island recognised at last, after decades if not centuries of neglect, wilful or otherwise. Are they going to build a high speed rail link from the Butt of Lewis to Carloway, with a spur to Stornoway for good measure? And another line from the Butt to Stornoway via North Tolsta, carrying on to Lochs and Harris?  In a couple of years time, we'll be whizzing through the Clisham East tunnel, bound for Tarbert Central, or amble down the west coast, alighting at Bragar for Labost. Wonder what the fare structure will be like, with all those subsidies.

Ach, we can but dream. 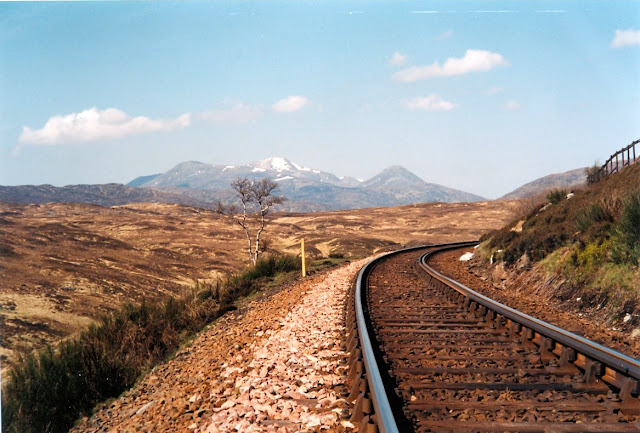 Posted by ADB at 11:52 No comments: Links to this post