I went to Uig today, which involved a journey by postbus. Although the distance was 39 miles, it took more than an hour and a half. For the latter part of the journey, the driver - well, what do you think? Delivers mail. So, we set out from Stornoway at midday, and I jumped off in Timsgarry at 1.40pm. The object was to attend the St Kilda Day at the community centre in Erista, next to Tmsgarry, which would show films and provide transport for the proposed site for the St Kilda Centre, which will be constructed just north of Islivig. Everybody talks about Mangersta, but Islivig is closer. Never mind. The films were old footage of the St Kilda residents from the 1920s (they were all evacuated on 30 August 1930, 81 years ago this year), aerial footage from British Pathe and a recording of the St Kilda Opera, which was performed on the cliffs at Mangersta in 2009. Attendance was woeful. When I was there between 2 and 3pm, there would have been about a dozen people; upon returning from the proposed site, only 3 or 4 others were in the hall, watching the videos. Between 4 and 6 o'clock, I went for a walk round Baile na Cille and sat on the edge of the strand there. In the evening, local historian Calum Ferguson was going to do a storytelling session, but due to the constraints of public transport (last bus back to town at 6pm), I had to forego that. Pity. The return journey diverted to Aird Uig and Reef Beach - and saw a wee shower passing through. The weather was beautifully sunny and warm, with the mercury at Stornoway Airport cresting the dizzy heights of 19C / 66F. 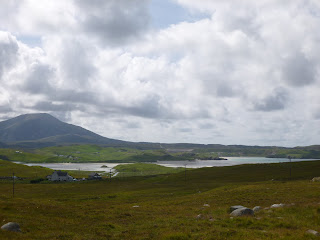 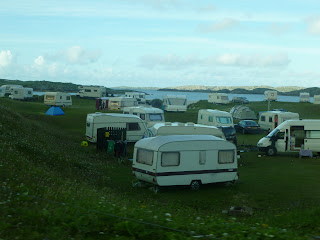 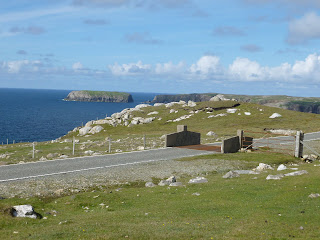 At the proposed site for the St Kilda Centre 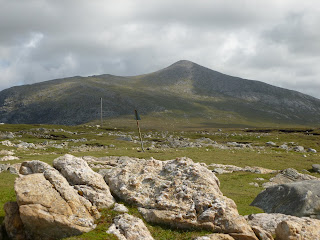 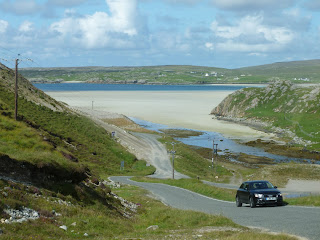 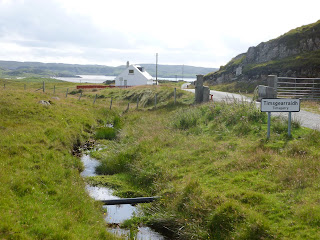 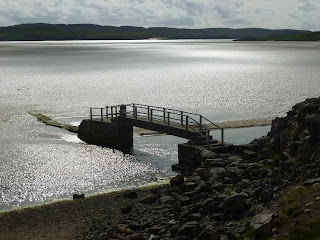 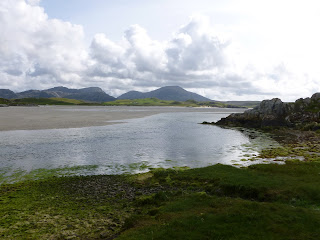 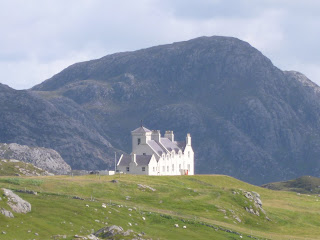 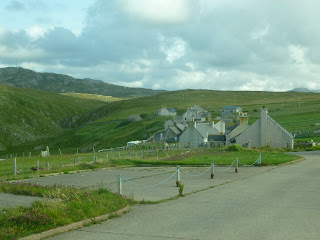