It is a busy time on the tropical cyclones front. Tropical storm Don is headed for southern Texas, and two other tropical storms are lurking in the Western Pacific; Nock-ten is headed for Hainan Island in China and Vietnam after that. Muifa is slowly getting its act together more than 1,000 miles south of Japan, which may yet get more of this storm.

I spent an hour or two in the library, copying tributes from the Stornoway Gazette for 1939, the first year of the Second World War. The most prominent losses were those incurred through the sinking of HMS Rawalpindi on 23 November 1939 (see this tribute). As in the First World War, the majority of casualties were serving with the Royal Navy, or the Royal Naval Reserve.

As I was walking into town, just after 2pm, the ferry was getting up steam for its afternoon sail to Ullapool. You could have fooled me that this was SS Isle of Lewis, rather than MV Isle of Lewis. 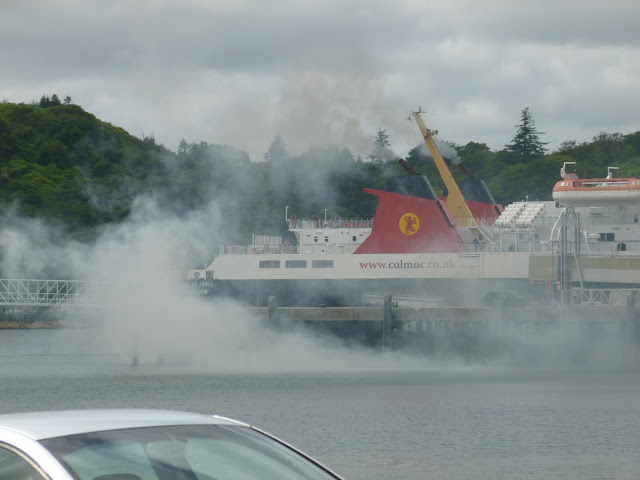 Posted by ADB at 16:25 No comments: Links to this post