My blogging has been going for nearly 13 years.

I commenced blogging in my first journal, Northern Trip, in October 2004, two months after starting my travels around Northern and Western Scotland. In November of that year, I settled in the Isle of Lewis. Things have been on the change since then.

At first, I did a lot of walking in the islands, in all sorts of weather. Later on, I began to get more involved in the local scene, although I am afraid that this has now deteriorated more into an observer's role.

I observe the weather, watch shipping coming and going and go walkabout around Stornoway. This is the capital of the Western Isles, pop 9,000; the islands themselves have 25,000 people. Occasionally, I'll go further afield within Lewis and Harris.

I rely heavily on Internet websites for my information, although local and national radio and TV play their part as well.

I take ridiculous numbers of photographs. Since I acquired a digital camera in 2006, I have taken in excess of 70,000 pictures. The Scottish ones are shown here.

Isles FM is the local radio station. Manned by volunteers, they mean well but their rate of trip-ups is high. To quote one presenter: "I need electrocution lessons".

Ferries: The Loch Seaforth is the main passenger ferry. She sails daily (except Sundays) for Ullapool at 7 am and 2pm, arriving back from there at 1pm and 8pm, later on Saturdays and Sundays. The weather tendsto wreak havoc with those schedules. The ferry takes freight in her nighttime crossings, leaving here at 10.30pm and returning at 5 am. I stay on the waterfront, so I see everything that comes and goes.

I have been involved in historical projects, both relating to World War One. At that time, about 6,000 islanders went out to fight for King and country. 1,000 did not return, having fallen on the field of battle or perished at sea. They are remembered in my site Faces from the War Memorial.

An additional two hundred drowned on their return from the war. They were on board HMY Iolaire, which was wrecked 2 miles south of Stornoway. Only 75 others survived. I occasionally refer to this tragedy, read more on my Iolaire page.

About 100 islanders were interned at Groningen, Holland, for the duration of World War One, after retreating into Holland following battle at Antwerp in October 1914. They were allowed home for the harvest each year, provided they returned to Holland afterwards. Which they did, to a man. That was at a time when a man's word still stood.

Some general questions and answers:

Do I work? No.
Am I going to find a job here? Maybe.
Do I have a family? No. My relatives live outwith the island.
How long am I going to be here? Dunno.

What is my blogging remit?

To relay to readers news items I think are of interest. Not just from Lewis, but from the Highlands and Islands of Scotland. There is an emphasis on mattersmaritime, bearing in mind my position in a small port.

I take a special interest in the weather, and try to relay hurricane warnings where possible. I have also taken on a role as general blogger, commenting on everything I see fit to comment on. Or not.

Since the spring of 2006, I have become involved in the J-land community here on AOL, and try to adopt a social role, pointing out those in J-land who could do with extra attention for various reasons. If any new blogs come to my attention, I sometimes give them a mention as well.

Any questions? Send me mail, and I'll try to answer. 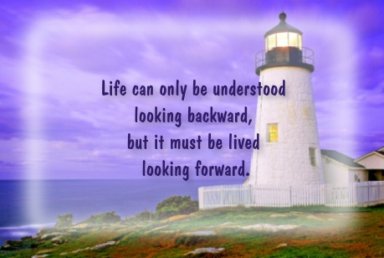 On a personal level, I take the following line. I have a simple motto in life, which is live and let live. People can do what they like, as long as they don't inconvenience, trouble or otherwise make life difficult for others.

Another motto is that I take people as they come. We all have our crosses to bear, and it's nobody's business what brought those on our backs. We all make decisions and choices, in good faith at the time. Whether it all turns belly-up in the long run, well such is life. But life can also take its own course, totally outwith anybody's control.

I cannot stand by and let somebody run themselves into the ground. Aye, we all got our own little faults, good god, I've got more than I care to think about.

If somebody doesn't like me - I cannot be bovvered. Life's too short.
Posted by ADB at 16:01 3 comments: