Took the bus to Uig at midday, which delivered us promptly to Valtos, 34 miles west of Stornoway, after 50 minutes. Had lunch with an acquaintance, then went round the district by car, visiting Aird Uig (ugliest place in the island), Crowlista (made up for Aird), Timsgarry and the villages of Uigen, Reef, Kneep and back round to Valtos. The bus, which you have to book the day before, returned us back to Stornoway by 7.20pm. It got dark on the way back, and it's not often that I'm out by bus after dark. Pics on this link.

Posted by ADB at 15:34 No comments: Links to this post

A calm day with changing cloudscapes all the time. Not much wind, and what wind we have comes from the east, barely force 2. The odd shower about, but even that doesn't amount to very much. Slightly milder than yesterday, 13C / 55F is not bad for mid October.

The Royal National Mod is starting over in Inverness. This is the prime venue for showcasing and competing in Gaelic culture. The focus is on music, but recitation and sports also feature. There is heavy involvement from children, from the age of 5 to adults; it has never ceased to amaze me when a youngster of 6 stands on a podium in front of 500 people to sing or recite their piece. Adults compete later in the week, focused more strongly on music. They perform individually, in groups and/or in choirs. The event starts in earnest next Monday, and will end on Saturday morning.

The Mod is held every year during the mid-term holiday for the children; next year it will be staged in Oban, and in 2016 it will return to Stornoway.

There is considerable uncertainty over the delivery of the new ferry, MV Loch Seaforth. It was reported that the German shipyard was in financial difficulties, but that a take-over bid was in progress. It finally transpires that the ship has been bought out by operators CMAL, in order that it does not become a pawn in the aftermath of any collapse of the shipyard.  The Loch Seaforth will come to Scotland in the next few weeks - the pier at Stornoway is nowhere near ready.
Posted by ADB at 15:33 No comments: Links to this post

I have been watching the programme about HMS Timbertown, the internment camp in Groningen, Holland, where 1,500 British sailors were kept during most of the First World War. The programme focused on the 102 Lewismen among them. I felt it was very nicely done, and want to give credit to all involved. My contribution was the reading of the newspaper article, describing the funeral procession for one of the island internees through the streets of Groningen.

In brief, although these men were in a 'cushy' camp during the war, they did make a contribution, however brief, at Antwerp, and therefore deserve all the recognition. Like the remaining 6,100 islanders who fought in WW1. 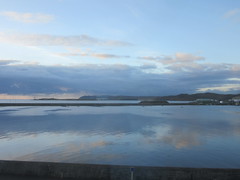 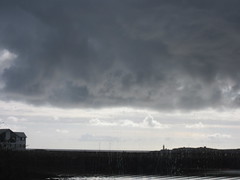 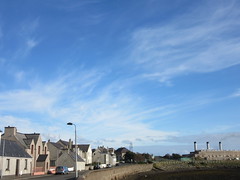 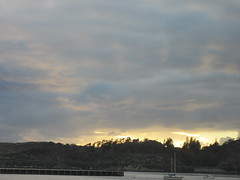 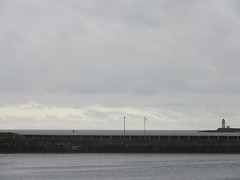 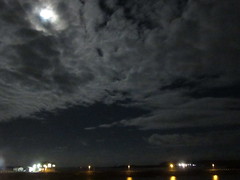 Grey and wet sums up today, and the other keyword is cold. 10C / 50F is not a daytime high I have seen for a long time.

Stop press. Urgent, breaking news from the Isle of Lewis.

A cow got stuck in a bog in Galson in north Lewis on Tuesday morning.
Fire crews were called out to rescue the animal shortly after 9am.
They managed to pull it out safely.

Well, if that's all the news from this part of the world, we can't complain. At least somebody pulled.

The storm has subsided, but there was quite a bit of damage and disruption, also on the mainland.

Broadband speeds have recovered from 0.15 to 6.76 Mbps, after a fault over the weekend.

Following the fire in a building on Cromwell Street, three teenagers aged 13 have been arrested on suspicion of arson. 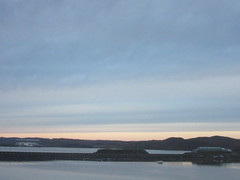 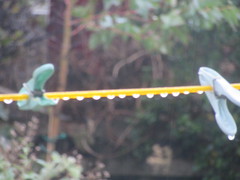 Posted by ADB at 15:27 No comments: Links to this post

Although the sun is currently peeping through the clouds, the weather is quite unfriendly today. A strong to near-gale force wind is whipping up a swell in the Minch, and causing further delays to our ferry service. For some obscure reason, our ferry went to Ullapool last night, and is now stuck there.

Now, this is more like it. If on-shore windturbines lead to cheaper electricity for local consumers, then I'd be a little less unhappy about them. And we don't need all that many of them.

That story about the twitter troll who tweeted horrible things at Kate & Gerry McCann. Who never look on-line at anything to do with their daughter who disappeared in Portugal some years ago. The woman was confronted about her behaviour by Sky News, and was found dead the next day. Trolling is something I do not see the point of, and it was even more pointless in this case. Why waste your life away doing something as empty as that? Anyway, too late now. RIP. 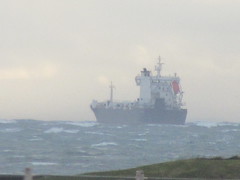 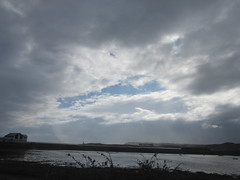 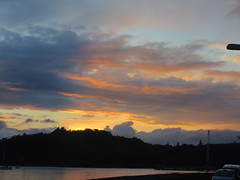 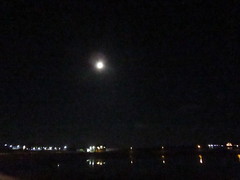 Posted by ADB at 15:24 No comments: Links to this post