In May 1919, a young woman called Mary got married in Glasgow to an American by the name of George. He had served in the Canadian Forces during the war, and was a chauffeur. Four months later, they went to Canada, to cross the border into George's home city of Detroit. For a while, they lived there, but it would appear that Mary had soon contracted tuberculosis - if not already back in Glasgow.

In June 1922, Mary filled out a passport application to return to Scotland to visit her parents. The application stated that she was to return within two years. As was the case in those years, her husband was also named, although he did not travel with her. Mary was booked on SS Metagama to sail from Montreal to Scotland. In May 1923, Mary sadly died in the home where she was born some 27 years before, of tuberculosis. Seven months later, her sibling Margaret also died of TB. The story goes that they shared the same room for a year, slowly succumbing to their illness.

I have seen a portrait photograph of Mary, looking gaunt, ill and obviously suffering from consumption. I have looked into George's life after his wife departed for Scotland, and it does not present a handsome picture. At all.

You may ask the relevance of this story in relation to the SS Metagama.
Well, in April 1923, 260 islanders departed Stornoway for a new life in America on board this ship. Circumstances in the island were depressed, following the heavy loss of life in the sinking of HMY Iolaire (where over 180 islanders drowned upon returning from the war) and the lack of employment. They were so excited at the prospect of a new life out west.

A year before, a young woman had embarked SS Metagama to return from her new life in America, which, by all appearances, had not been what she might have expected it to be. She came to die in the bosom of her family. 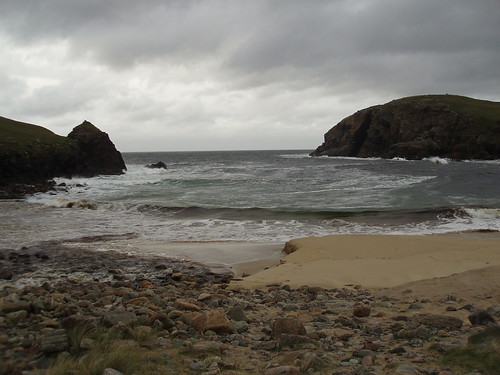