Here in the Western Isles, summer ends in August. Although we have not had many gales yet, they will definitely put in an appearance in October. The other indicator that the equinox is nigh is the dark mornings. Got up at 6.30 am, and it was only just getting light. Similarly, by 8pm, daylight has almost gone. In five weeks' time, the clocks will go back and that'll be us in true winter mode.


A lorry went on the ferry yesterday afternoon, filled with hundreds of sheep destined for the mainland. September is the time farm animals are bought and sold in the auction mart on Simon's Road. The animals on the lorry were silent, as if they knew there was no point bleating about their impending fate. They looked nice and healthy, and one can only hope they will be put out to pasture on a mainland farm - before ending up on someone's plate. Sorry. 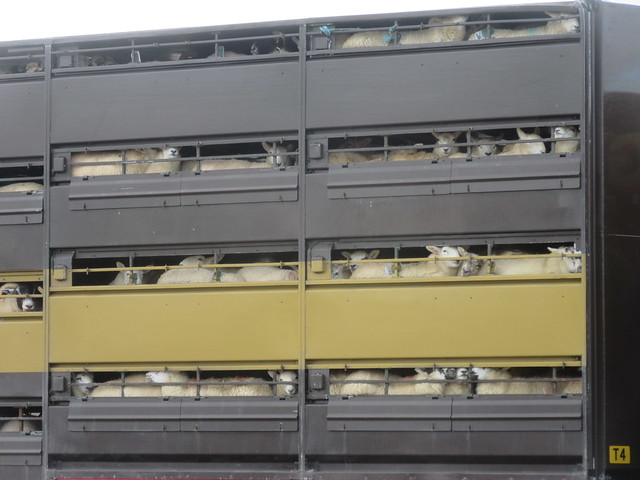 Another indication of the advent of autumn is of course the turning of the leaves. This acer tree, outside the An Lanntair arts centre on Kenneth Street, was blazing when I came down Francis Street - which crosses Kenneth Street just outside An Lanntair. I have not been into the arts centre since Grinneas nan Eilean (the Beauty of the Isles amateur exhibition) closed at the end of July. Not taken with much of the stuff they put up there, and neither am I a cinema buff. 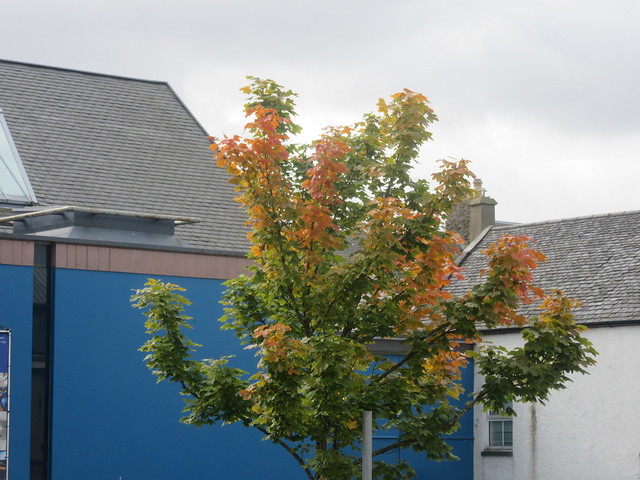 What is also a blaze of colour is the fuchsia. It got smashed by a gale earlier this year, but has pulled itself together to give us its usual bright red of countless pendular blooms. 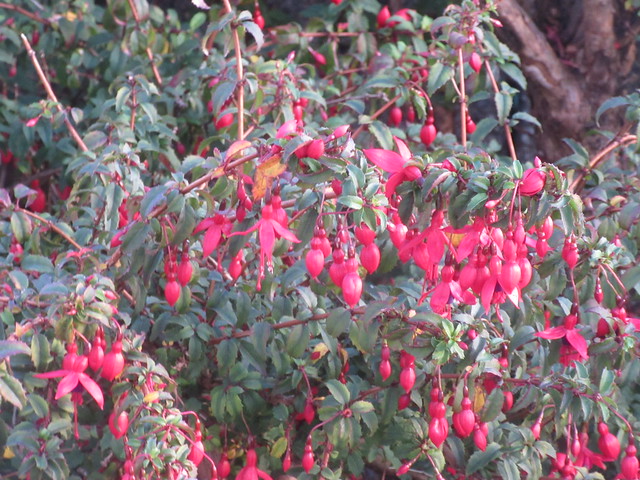