104 years ago today, RMS ‪Titanic‬ arrived in Southampton for her maiden voyage to New York. 112 years ago next June, the SS Norge departed Christiania (modern day Oslo) for New York. Both ships were to founder on voyage. Did you ever hear of the Norge? On 28th June 1904, she went down at Rockall, 250 miles west of Scotland, with the loss of 635 souls. A naval inquiry in Scandinavia found that there were insufficient life-saving apparatus on board for all passengers and crew. A recommendation was made for all ships to carry enough lifeboats etc to account for all on board. Had this recommendation to have been enshrined in law around the world, Titanic's sinking would not have been prevented, but the number of people saved would have been much, much higher. 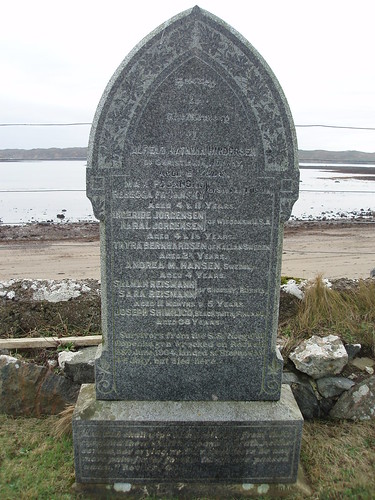 Tombstone for victims from the Norge, who succumbed after landing at Stornoway 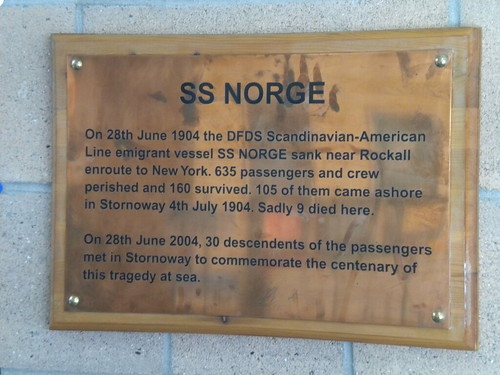 Memorial plaque to the Norge in the Stornoway ferry terminal
Posted by ADB at 11:55