When this post is published, it will be exactly ten years to the minute that the first aircraft hit the World Trade Center in New York. The events of what is now referred to as 9/11 are only too well known.

My thoughts are with all victims, whether identified afterwards, or not. In New York, Washington and Pennsylvania.

My thoughts today are with the families of those who perpetrated these atrocities, for they lost too. Even before the events of September 2001, they lost their loved ones to a delusion of hate that is not of the religion they claimed to be faithful to. Hatred leads to destruction - as shown seven years ago. Forgiveness is a pillar of Christian faith, as it is one of the Islamic faith. Whether those that lost a loved one in 9/11 can find it in themselves to forgive is beyond my scope.

But first and foremost, my thoughts are with Norberto Hernandez, whose tribute I first filed on Northern Trip, the predecessor to Atlantic Lines, in 2006. The searches for Norberto on Google are contaminated with references to the Falling Man, who was in fact another victim, Jonathan Briley. This confusion has led to much anger and anguish, something the families of both men could do well without.

This entry, as stated above is dedicated to the memory of 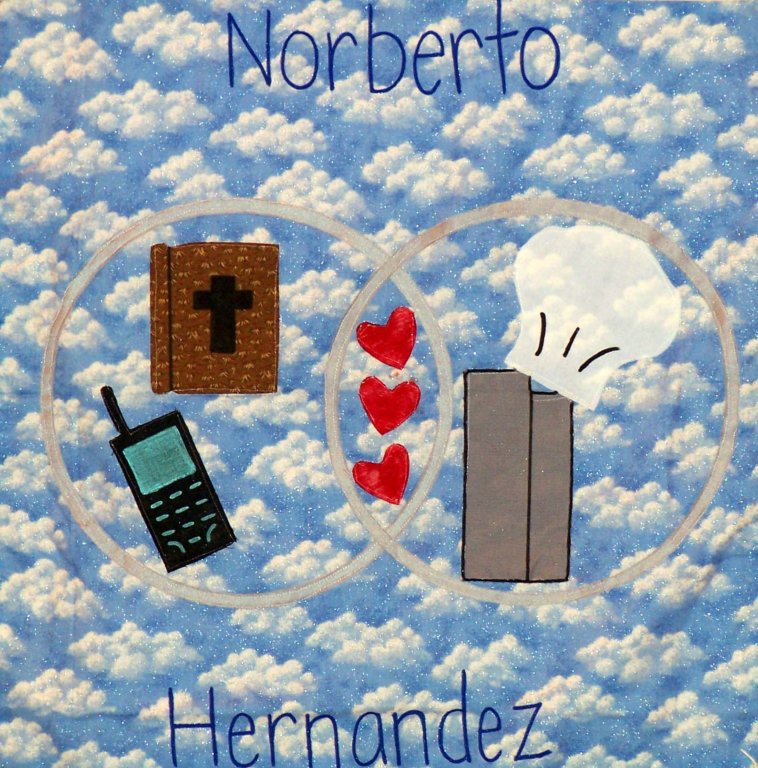 Norberto was a pastry chef from Elmhurst, working in the restaurant Windows on the World on the 106th and 107th floor of the North Tower of the World Trade Center in New York. After the attacks, he was reported missing for a week until parts of a torso and an arm were found in a collapsed stairwell. DNA testing and finger printing reveiled that these were the remains of Norberto. It also invalidated claims that the image of the Falling Man was that of Norberto; this was another victim of 9/11 who will be the subject of a different tribute. 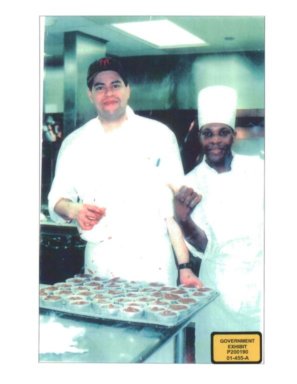 At the time of the attacks on the WTC, Norberto was aged 42 and had been married for 25 years. He was the fourth of ten children by his parents’ marriage, and also had six half-siblings through his father. His parents separated when he was young. Norberto himself had three daughters, three grandchildren and 37 nephews. He was a man of Puerto Rican origins, and had hoped to spend his final days there. Instead, after 9/11, a funeral service was held and his remains cremated in Puerto Rico.

His sister Luz described Norberto. “He was quiet, kind”, she said. “He was a handsome man. Everybody loved him, you know. Everybody.” Norberto’s nickname was Bible, as he was very dependable. Together Forever was his motto.

Norberto started work in Windows on the World at the age of 17, washing dishes. He was interested in cooking, so a manager paid for his tuition at cooking school. Norberto became pastry chef and worked up to 10 hours a day. His sister Luz said that he made cakes, desserts, cookies and bread. His cakes were fabulous.

Outside work, Norberto loved sports, and was a fan of a Puerto Rican boxer, Felix Trinidad Jr. Four days before the attacks, he rang his mother and asked her to play “I would cry but I have no more tears” four times.

In the immediate aftermath of the plane striking the North Tower, Norberto called his sister Luz. “He said: ‘Yeah, don’t worry, I’m OK”.They were disconnected, and when Luz tried to call back she could not get through. Other accounts from Windows on the World tell that smoke and dust filled the restaurant after the strike, and that people lay on the floor to escape the worst of it. Air was beginning to run out at the time of the last contact.

These are the facts that I have managed to pull together from the Internet.

From the little that I have learned of Norberto, he came through as a gentle giant. Although 6’2” (1.84m) tall, he was always listening, and talked later. His family suffered a double loss, as Claribel Hernandez (his sister-in-law), a secretary working elsewhere in the North Tower, was also killed in the attacks. Norberto was close in the family and responsible, which earned him the nickname Bible. He loved his work, and by the look of one of the images, loved to impart that knowledge to others around him.

September 11th, 2001, dawned as a brilliantly sunny morning in New York. Two planes were flown into the two towers of the World Trade Center, leading to their collapse within 2 hours. The destruction of so many lives was brought about by mindless hatred and madness, fuelled by religious zealotry which was not based on any writing in any scriptures in any religion.

Norberto may have heard of that on news reports, but it was probably quite far from him. He was a man that lived for his family, always there for them. A diligent worker, putting in up to 10 hours a day, loving his creations from the oven. Travelling to the WTC on the Subway every morning, his thoughts were probably far from what was to happen not that much later on that fateful Tuesday.

Two thousand nine hundred and ninety-six are known to have died that day, or in its immediate aftermath. Norberto’s ashes were scattered in his homeland of Puerto Rico. His memory lives on in his family, and in the memory of those that read this. He is deeply missed by those close to him.


Links
http://www.jrn.columbia.edu/studentwork/terror/sep19/three_lives.asp
This link is no longer operational

I have attempted to contact the University of Columbia to use the material in this link, but have not received a reply. As it is central to the tribute, I have used it, and acknowledge the writer, Sarah Clemence.


This is a poem by Barbara Phillips, from which I have used some factual references to Norberto. It refers to him being the Falling Man though.

I have been granted permission by UIM to reproduce the commemorative quilt for Norberto.

The poster, pictured above, proclaiming Norberto as missing after the attacks, hung on a walkway of Manhattan for more than a week 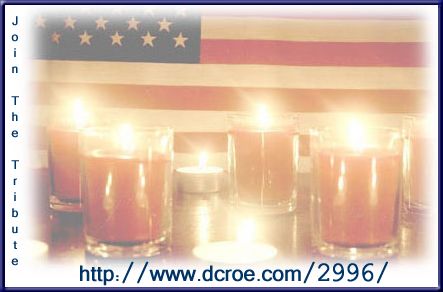