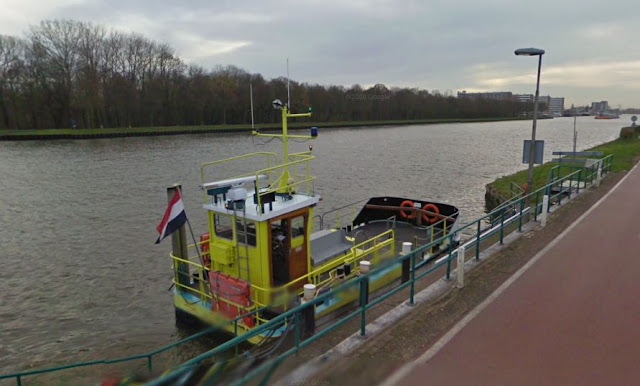 This image from Google Earth shows the small ferry that was run over by a German cargo vessel near Amsterdam early this morning. Dutch broadcaster NOS reports that a body has been recovered from the water. As it is half-term holiday in Holland, there would have been fewer people around to use it. Police are appealing for the one prospective customer who had been waiting on the other side, to come forward.
Posted by ADB at 16:54